5 Things You Can Make With Leftover Sweet Corn

Sweet corn is delicious, but you don’t always have to have it fresh off the cob

In the movie Secondhand Lions, aging adventurers and brothers Garth and Hub (played by Michael Caine and Robert Duval), decide to become gardeners and plant a vegetable garden with seeds they bought from a traveling salesman. Not knowing anything about vegetables or seeds, they discover some weeks later the entire garden is corn and, as a result, wind up eating a whole lot of corn for months on end.

I think my husband may be related to whoever those characters were based on.

The big difference is, unlike Garth and Hub, Sage has been gardening for a long time and knows the difference between beans and corn, which leads me to believe that he intentionally plants waaaaaaay too much corn.

We harvested our first round of sweet corn (Incredible), back in mid-June. Four succession plantings later and there are still several rows standing here in early autumn. I like corn as much as anyone (maybe a little more), but after months of it, it tends to lose its appeal, and we skip it for the abundance of other fresh veggies from the garden. As a result, as with every year at this time, we’re looking at a bunch of ears still standing but quickly heading into the chewy, over-ripe stage.

I hate to see corn go to waste, but canning is too much work, and I don’t have the room to store a whole bunch in the freezer (and possibly destroy my dishwasher in the process). Instead, I’ve tried a whole bunch of other ways to use it, some successful, some not so much.

Here are five of my favorite recipes that will make leftover or past its prime corn absolutely delicious:

The family calls this one “popcorn popcorn” (sort of like popcorn chicken), and loves it just for snacking. It’s got a crispy, savory coating on the outside (hello bacon!), with a sweet, delicious burst of corn flavor on the inside.

Living in San Diego, you can get Elote (pronounced “ay-lote-ay”) from a street vendor on just about any corner. It’s basically grilled corn coated with a few spicy seasonings. If you try this one, use a good mayonnaise (not butter or sour cream like you see in some recipes). Also, I like to kick it up a notch with diced serrano chilis and crumbled Cojita cheese.

See the Elote Recipe >>
(via yummly.com)

3) Corn on the Cob Curry

This recipe is a little more involved than the others, but if you like curried food, you’re going to love this one. It’s a great balance of that savory/spicy flavor from the curry, with the sweet flavors of the corn.

See the Corn on the Cob Curry recipe >>
(via yummly.com)

My go-to recipe when it comes to cornbread. The whole corn kernels and bits of bacon really add to this bread’s flavor and makes it suitable for pretty much any meal — morning, noon or night. (Tip: use a black iron skillet to bake to perfection.)

Who doesn’t love a good custard for dessert? The first time I tried this one, I wasn’t sure if I’d like it because I thought that sweet fruit and spices like bananas and vanilla would go better than corn. Turns out, I was wrong! This stuff is delicious and every bit as flavorful as other custards.

About the Author: Terri Osterfeld

I'm Sage's wife and the real person in charge of Sage's Acre. He gets the yard, I get the house and the kitchen (unless I need him to do something in the house). I love making comfort food and baking, especially bread. I have no special training, but I did raise a herd of children and burned plenty before I perfected my technique. I love the simple, practical and homegrown. I also have a weakness for dachshunds (don't judge!). 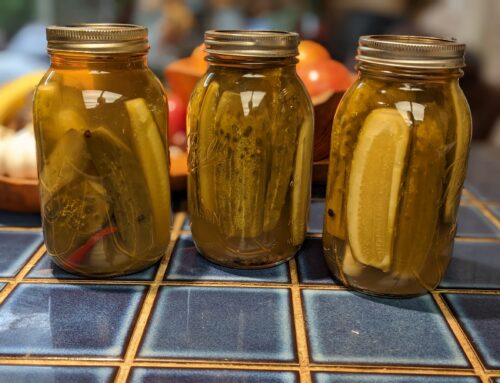 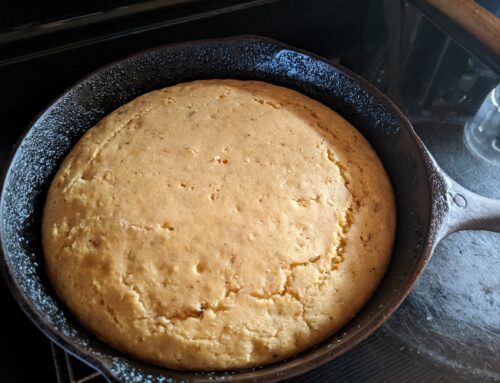 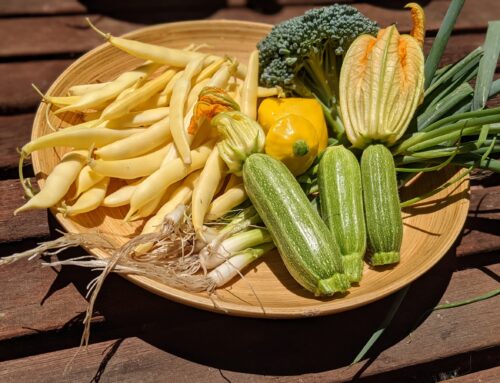 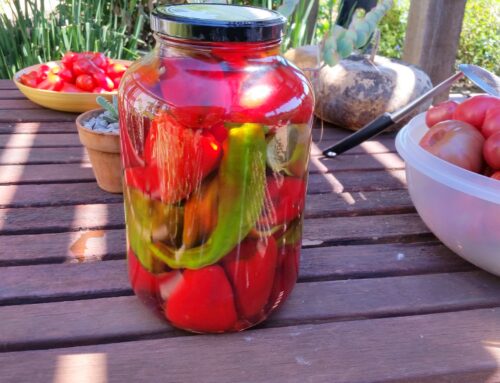 Go Ahead, Pickle It!