Being the 20th year of making this slow fermented hot sauce, I thought I’d change it up a bit and make it a blend of my standard Hidden Lake Hot peppers (a homegrown Thai/Cayenne hybrid), and some black Honduran peppers my neighbor’s landscaper called “Culebra Negra” (“black snake”).

The peppers of Batch 20, young, ripening and fully ripe

I started the pepper ferment right at the beginning of September, adding about half a pound of peppers each week. It was a warm autumn and the peppers continued producing well into November, so I swapped out my two 1 gallon glass fermenters for a single 5 gallon one that ended up filling to the brim by early December.

The last addition of fresh hot peppers filled the fermenter

At that point the weather turned and we quickly went from pleasant days in the 60s(F) and night in the upper 40s to chilly days in the 50s and nights that frequently dipped into the low 30s. The cool weather slowed the ferment and by January it was barely noticeable.

In late January I decided to kick things up a notch and added pieces of oak I had toasted to help release the woodsy vanilla flavor in it. I then let the peppers rest until March, giving them a little stir now and then.

In a normal year, by early March the peppers would be finished and ready to bottle. But this year’s extended cold and dry dragged out the finish almost a full month longer, so I didn’t get to bottling until the end of March.

Usually I end up with a case of so of bottled hot sauce, but because I had decided to go big, I wound up with 78 standard 5 ounce bottles, and an additional gallon’s worth of hot sauce bulk packed in four quart jars.

After bottling I let the hot sauce rest for few more weeks in the cool confines of my garage (I’ve found over the years that this rest takes some of the sharp “green” notes off the sauce).

Last week we opened our first bottle and did a little tasting. Because of the extended ferment, Batch 20 is definitely funkier than previous years, with lots of notes of vanilla and tropical fruit. Unlike some of the previous year’s hot sauces, this one has only a mild heat up front, but a long building tangy heat that rises and lingers on the back end, but never really overwhelms your tongue. I think that’s the work of the Culebra Negra peppers, which weren’t anywhere near as hot fresh as I thought they might be.

Batch 20 of my fermented hot sauce in the bottle

All-in-all, Batch 20 has turned out to be one of the more complex and flavorful vintages of the hot sauce. It’s pretty good as a stand alone sauce, but I’ve found that it’s even better as an ingredient in BBQ where its funky, fruity heat blends nicely with salty and smoky pork and chicken flavors.

Make Your Own Fermented Hot Sauce

Batch 20 from the Beginning 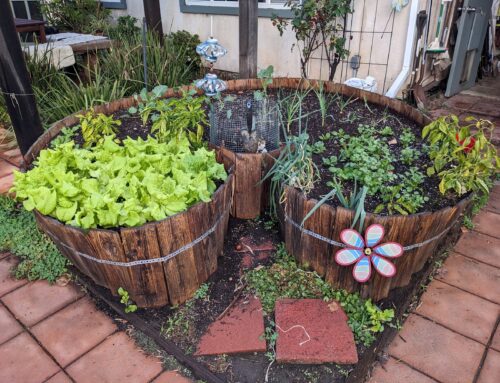 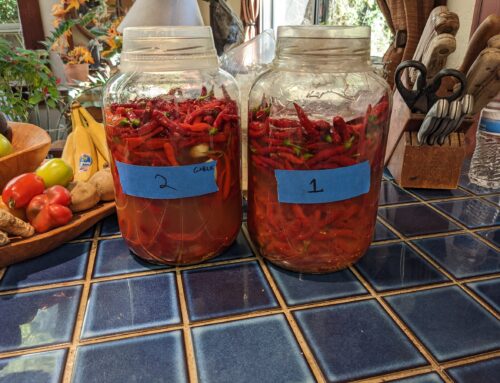