Before Camp Pendleton, the north San Diego coast was a central spot for Poinsettia growers

This is what travelers used to see during the holidays as they went from L.A. to San Diego

Digging through some old stuff in the bookcase the other day, I found a box of postcards from the early 1940’s. They were all part of the Union Oil Company’s “Natural Color Scenes of the West” series, sold to travelers at Union 76 gas stations.

While most of cards are interesting, one with acres of poinsettias growing in a field really caught my eye. I have driven past the spot where it was taken thousands of times.

Back in 1941 when this photo was taken, this was the San Onofre section of Rancho Santa Margarita y Las Flores. It stretched 17 miles along Pacific coast between San Clemente, CA and Oceanside. In 1942 the Rancho became the Camp Pendleton Marine Base and Highway 101, where this photo was taken, was replaced by Interstate 5 in 1955-56. The shuttered San Onofre nuclear generating station and San Onofre State Beach now sit along what remains the section of Old Highway 101 still accessible to the public.

The Marines have allowed most of Camp Pendleton to return to its original coastal sagebrush chaparral. Additionally, the majority of the eucalyptus tree wind breaks have been removed, so it’s kind of hard to visualize where these fields of poinsettias were (doesn’t help that the interstate is higher up than the old highway too).

But if you use the mountains as a guide, you can see the photo was taken looking southeast near where Intersate 5 crosses over old Highway 101 and the train tracks.

You can’t get down to the old highway anymore, but there’s a viewpoint right there off of I5 where you can see where all of these poinsettias once were. I can only imagine that the long trip between LA and San Diego (about 4-1/2 hours then), the sight of all those poinsettias growing next to the Pacific Ocean, a literal sea of red on the left and an ocean of blue on the right, was quite a spectacular welcome (or welcome back) to San Diego.

The back of the postcard reads:

San Onofre, on Highway 101 about midway between Los Angeles and San Diego, grows some 200 acres of Poinsettias. From November to January when flowers are in full bloom, the fields are a mass of red. Distribution of cut flowers is largely throughout Southern California markets but potted plants are shipped all over the United States. 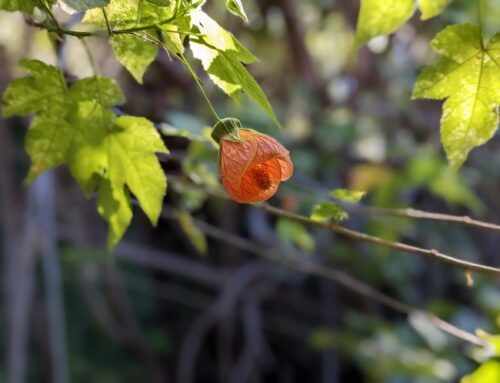 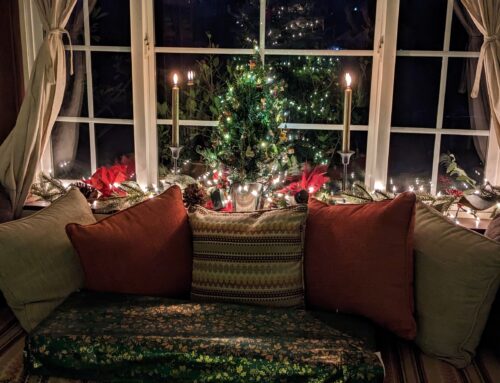 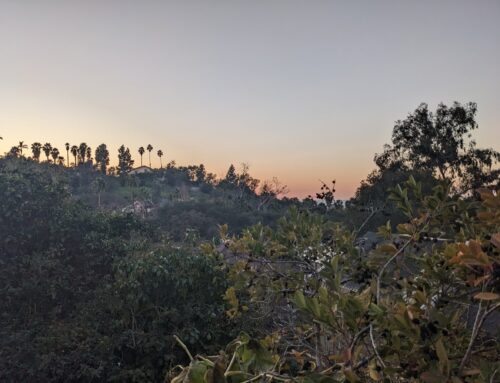